Earlier this week, we learned of the interesting news that 80% of Covid patients didn’t have enough vitamin D.

How to get more vitamin D through your diet

Although the main source of vitamin D is sun exposure there are a few foods that contain some vitamin D, one of which is mushrooms. For vegans and vegetarians, mushrooms are one of the only plants that provide a decent source of vitamin D, besides sun exposure. Mushrooms produce the vitamin D2 which is thought to be less effective than vitamin D3, however it is certainly worth still getting plenty of these fun-guys in your diet. Try putting a handful in the next pasta dish you put together, or simply grill them and eat them as is.

Fatty fish, such as salmon, is also a great source of vitamin D, containing roughly 520 IU of vitamin D per 100g serving (equating to roughly 66% of your daily value). Wild salmon often contains a higher amount of vitamin D than its farmed equivalent, so it’s always worth going wild if you can. Herring and tuna are also good options to consider when trying to get more vitamin D in your diet. Herring contains roughly 112 IU per 100g serving, which is about 14% of the average daily value. Canned light tuna packs up to 260 IU per 100g serving which is roughly 34% of the average DV so if you do like fish, these additions would certainly be worth including in your diet.

For those who aren’t fans of fish or mushrooms, eggs are another good source of naturally occurring vitamin D. The egg white is rich in protein, but the yolk is where you’ll find the most nutrients and vitamins, including vitamin D. One egg yolk is predicted to contain as much as 40 IU of vitamin D, equating to roughly 5% of your DV.

As it is so hard to get vitamin D from foods naturally, many foodstuffs are fortified with the nutrient added. Foods such as cow milk, soy milk, orange juice and cereals often have vitamin D added to them. The amount is still small, often only making up about 15% of your DV, but you should be looking to add a few fortified foodstuffs to your diet where possible.

While the sun is tucked behind the clouds for the majority of the autumn and winter months, supplementing vitamin D is certainly recommended. Cod liver oil is a very popular supplement, with around 448 IU per teaspoon (roughly 56% of your DV). If you are vegan or vegetarian, cod liver oil is not an option and therefore you should be looking to get your vitamin D intake in other ways. 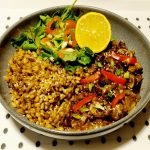 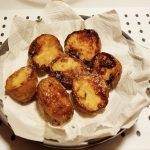 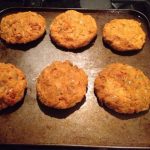 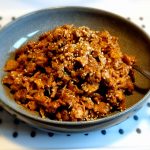