Can I Cook This From Frozen?

Cooking food from frozen can save you both a lot of time and a lot of money, yet it is not always clear when this is safe, or appropriate, to do.
Do you know which foods can be cooked straight from frozen? Use our cooking from frozen Q&A to find out!

Q: Can I Cook Meat From Frozen?
A: Yes, meat products can be cooked straight from frozen, although you must ensure that the meat is thoroughly cooked through before serving. The meat must reach a core temperature of 70°C for at least 2 minutes to destroy any harmful bacteria.
If possible, freeze your meat in slices or diced pieces so that it will cook through easier. Many supermarkets sell bags of pre-diced chicken or beef that can go straight into your wok or frying pan from the freezer.

Q: Can I Cook Mince From Frozen?
A: Yes, mince can be cooked from frozen. Put frozen mince in a pan on a low temperature and move it around until the mince begins to break up. Turn up the temperature once it has broken down and continue frying until it is evenly cooked.

Q: Can I Cook Bacon From Frozen?
A: Yes, bacon can be cooked from frozen – fry the bacon on a low heat until the rashers begin to separate. Gradually increase the heat and fry the separated pieces of bacon until cooked through.
It is also safe to cook other types of frozen pork in oven, on the stove or under the grill without defrosting it first, but remember, as with other meats, the cooking time may take about 50% longer than thawed pork products.

Q: Can I Cook Chicken From Frozen?
A: Yes and no. Small pieces of frozen, such as diced or sliced chicken, can be cooked straight from frozen on the stove top, providing that the meat reaches a core temperature of 70°C for at least 2 minutes to destroy any harmful bacteria.
Chicken breasts, larger pieces of frozen chicken and whole frozen birds can be cooked in the oven, although it will take around 50% longer than the normal cooking time for thawed chicken. Roasting or baking is one of the only safe ways to cook a chicken directly from frozen as it will heat the chicken quickly enough to prevent dangerous bacteria growth.
To cook a whole chicken from frozen in the oven:
1. Let the chicken stand at room temperature for 20-30 minutes.
2. Set the oven to 150°C as this will gently thaw and cook the chicken.
3. Cook the chicken at this low temperature for around 1hour 30 minutes for a small whole bird (this will depend on the weight of your chicken so always read the packaging for further guidance).
4. Turn the temperature up to 200°c and cook for a further 15 minutes to ensure the core temperature (70°C) has been reached.
Remember that you will need to add 50% more cooking time to a chicken recipe when you cook your chicken from frozen instead of thawing it first.
It is not recommended that you cook large pieces of chicken or large whole birds from frozen. In these cases the poultry must be thawed first as there will be insufficient cooking time to ensure the meat reaches a core temperature of 70°C. Instead it is likely that the outside of the chicken will cook but the centre will remain frozen, promoting the growth of harmful bacteria.
It is not recommended that you cook frozen chicken in a slow cooker, also due to the risk of harmful bacteria growing at insufficiently high temperatures.

Q – Can I Cook Fish From Frozen?
A: Yes, frozen fish can be roasted, grilled, steamed, poached or sautéed as normal. To cook frozen fish you need to:
1. Rinse the frozen fish under cold water to remove any frost or ice.
2. Dry the fish gently with a paper towel.
3. Brush the fish with a small amount of olive oil, marinade or seasoning.
4. Cook the fish as usual until heated through.

Q: Can I Use Milk From Frozen?
A: No. You can’t use milk straight from frozen, but you can use milk that has been frozen and safely defrosted. When milk is frozen it often turns a yellowish colour due to the fat separating. As the milk defrosts in the fridge, the fat will blend back into the milk. Give the defrosted milk a good shake before using to ensure it is fully mixed and good to use.

Q – Can I Cook Steak From Frozen?
A: Yes, you can put a frozen steak straight into a frying pan from the freezer without defrosting it first.

Q: Can I Cook Sausages From Frozen?
A: Yes, most sausages can be cooked from frozen. Check the packaging of your sausages to check whether they must be thawed before cooking, although most brands are OK to go straight from the freezer to the pan.
Frozen sausages will take about 10-15 minutes to cook through in a frying pan, and always ensure that the core temperature reaches 70°C for at least 2 minutes to destroy any harmful bacteria.

Q: Can I Cook Vegetables From Frozen?
A: Yes, all vegetables can be cooked from frozen and doing so helps to keep the nutrients ‘locked in’. Add frozen vegetables directly to water or sauce until they’re cooked through or throw them in a pan and stir fry. It’s not recommended that you cook vegetables from frozen in the oven or using a steamer though, as they can quickly turn soggy.

Q: Can I Cook Biscuits From Frozen?
A: Yes – freeze uncooked biscuit mixture shapes and then pop them directly in the oven when needed at 200°C for around 30 minutes.

Q: Can I Cook Soup From Frozen?
A: Yes, simply pop the frozen soup in a pan on the stove top, add a cup of water so it doesn’t scorch as it thaws and bring to the boil. Heat the soup until fully defrosted and heated through. Or you can reheat in a microwave from frozen.

Q: Can I Cook Pasta From Frozen?
A: Yes, frozen fresh pasta can be cooked as normal in boiling water, although it may take a few extra minutes than unfrozen fresh pasta.
If you have frozen lasagne or pasta bake from batch cooking, cover the dish in foil and heat it in the oven for about an hour until the food reaches a core temperature of 70°C. Remove the foil for the last 10 minutes to brown the top.

Q: Can I Cook Bread From Frozen?
A: Yes and no. If you have frozen uncooked bread dough then it needs to thaw before you can bake it in the oven. Frozen sliced bread can be popped straight in the toaster or under the grill from the freezer and par-baked baguettes or garlic bread can go straight from freezer to oven too.

Q: Is it Safe to Put Frozen Food in the Slow Cooker?
A: No, it is not safe to defrost food (particularly meat and poultry) in a slow cooker or crock pot. This is because the food is unlikely to reach a core temperature of 70°C for a long enough time, so any harmful bacteria will not be killed and the risk of food poisoning will be increased. 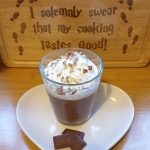 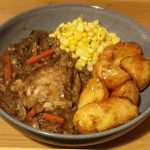 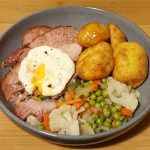 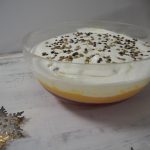 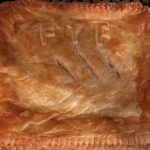