A helpful guide to herbs and spices and what they are most commonly used for:-

ALL SPICE  – Similar to cloves, but more pungent and deeply flavoured. Best used in spice mixes.

BASIL – Highly aromatic with a robust liquorice flavour. Excellent in pesto’s, as a finishing touch on pasta dishes, or stuffed into sandwiches

CARDEMOM – This warm, aromatic spice is widely used in Indian cuisine. It’s also great in baked goods when used in combination with spices like clove and cinnamon.

CAYENNE PEPPER  – Made from dried and ground red chili peppers.

CINNAMON– Found in almost every world cuisine, cinnamon serves double duty as spice in both sweet and savoury dishes.

CLOVES – Sweet and warming spice. Used most often in baking, but also good with braised meat.

CORIANDER – From the coriander plant, cilantro leaves and stems have a pungent, herbaceous flavour. Used in Caribbean, Latin American, and Asian cooking.

CUMIN – Smoky and earthy. Used in a lot of Southwestern U.S. and Mexican cuisine, as well as North African, Middle Eastern, and Indian.

DILL  – Light and feathery herb with a pungent herb flavour. Use it for pickling, with fish, and over potatoes.

FENNEL SEED – Lightly sweet and liquorice flavoured. It’s excellent with meat dishes, or even chewed on its own as a breath freshener and digestion aid!

FENUGREEK – Although this herb smells like maple syrup while cooking, it has a rather bitter, burnt sugar flavour. Found in a lot of Indian and Middle Eastern dishes.

GARLIC POWDER – Garlic powder is made from dehydrated garlic cloves and can be used to give dishes a sweeter, softer garlic flavour.

GROUND GINGER – Ground ginger is made from dehydrated fresh ginger and has a spicy, zesty bite.

MARJORAM – Floral and woodsy. Try it in sauces, vinaigrettes, and marinades.

MINT – Surprisingly versatile for such an intensely flavoured herb. Try it paired with lamb, peas, potatoes, and of course, with chocolate!

PAPRIKA – Adds a sweet note and a red colour. Used in stews and spice blends. There is also a spicy version labelled hot paprika.

PARSLEY – Available in flat-leaf (Italian) or curly varieties, this very popular herb is light and grassy in flavour.

PEPPERCORNS – Peppercorns come in a variety of colours (black, white, pink, and green being the most popular). These are pungent and pack a mild heat.

ROSEMARY – Strong and piney. Great with eggs, beans, and potatoes, as well as grilled meats.

SAFFRON – Saffron has a subtle but distinct floral flavour and aroma, and it also gives foods a bright yellow colour.

SAGE – Pine-like flavour, with more lemony and eucalyptus notes than rosemary. Found in a lot of northern Italian cooking.

SMOKED PAPRIKA – Adds sweet smokiness to dishes, as well as a red colour.

STAR ANISE – Whole star anise can be used to add a sweet liquorice flavour to sauces and soups.

TARRAGON – Strong anise flavour. Can be eaten raw in salads or used to flavour tomato dishes, chicken, seafood, or eggs.

TURMERIC – Sometimes used more for its yellow colour than its flavour, turmeric has a mild woodsy flavour. Can be used in place of saffron in a pinch or for those of us on a budget. 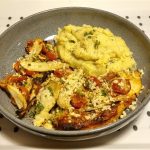 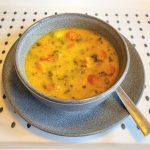 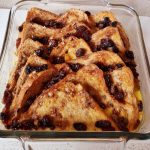 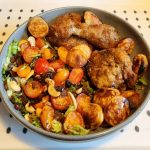 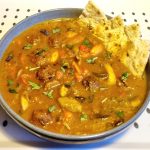